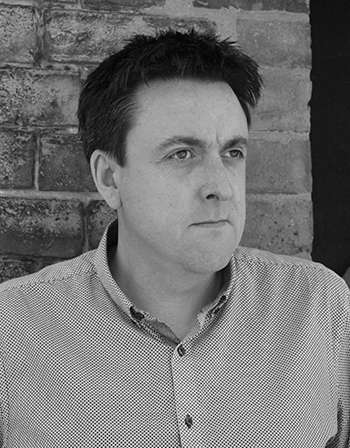 Gareth has 20 years experience in commercial, industrial, leisure, educational and residential projects and is a full member of CIAT. Between 1998 and 2007 he worked for Aedas Architects in Shrewsbury (now AHR Global), one of the world’s leading global architecture and design practices working on a range of projects. He worked for Keppie Design in Manchester between 2007 and 2008 before joining DPA in 2008, then becoming a director in 2009.
Gareth is bilingual and is as comfortable speaking in Welsh as he is in English. This can be useful for both Gareth and his clients as DPA serves both a bustling rural and farming community on the Welsh borders, as well as towns and cities across the whole of the UK.
Gareth and his wife Zoe love to travel and in recent years have been to Mexico, Italy and Las Vegas. They plan one day to travel route 66 across America. When at home Gareth is a big car enthusiast from the classics right through  to modern day cars and enjoys following the formula 1. Being the true Welshman that Gareth is, he is a keen supporter of Welsh Rugby and likes to watch as many games as he can. Gareth loves spending time with his family, friends and going for long walks with his two dogs Humphrey and Lottie.